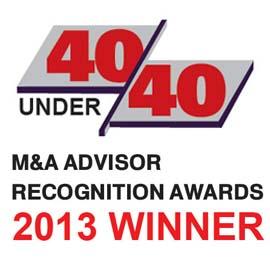 The M&A Advisor announced the winners of the 40 Under 40 M&A Advisor Recognition Awards on Wednesday, July 24, 2013. Mr. Hand and Mr. Palamara were named winners for the Dealmaker category.

Justin Hand is a Managing Director in the Los Angeles office and has been active in healthcare services for over a decade.  During Mr. Hand’s tenure with Provident, he has played an integral role in over 100 healthcare transactions in a variety of healthcare sectors including; homecare, correctional health, outsourcing, and pharmacy services.   Prior to joining Provident, Mr. Hand worked for Kayne Anderson in their Growth Private Equity Group – focused on a multitude of industries, including both healthcare services and healthcare IT.  Mr. Hand is a graduate of Northeastern University, where he received a B.S. in finance and international business.  He received his M.B.A. from the UCLA Anderson School of Management.

“It is an honor to be acknowledged by the M&A Advisor and to share this recognition with such a high-caliber group of professionals,” commented Mr. Hand. . 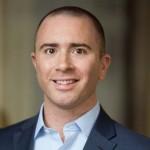 Kevin Palamara is a Managing Director, on the Mergers and Acquisitions team at Provident.  Mr. Palamara maintains relationships with key industry consolidators and private equity firms to assess their growth and profitability strategies.  He has been involved with and initiated over 100 healthcare transactions during his eleven years with Provident.  These transactions combined capitalization well in excess of $1 billion and include many landmark transactions in industries such as post-acute care, healthcare distribution and chronic disease management.

“I am honored that the M&A Advisor panel has selected me for this award, and I am humbled to share this recognition with my younger generation colleagues in the investment banking and private equity community,” noted Mr. Palamara. Connect with Kevin Palamara…

About the M&A Advisor

The M&A Advisor, renowned globally for its recognition of leading M&A, financing and turnaround professionals, created this event to promote mentorship and professional development amongst the emerging business leaders.

Both Mr. Hand and Mr. Palamara have been chosen for their accomplishments and expertise from a pool of international nominees by an independent judging panel of distinguished business leaders.

“In 2010 we initiated the 40 Under 40 Awards to recognize the emerging leaders of the M&A, Financing and Turnaround industries” said David Fergusson, President of The M&A Advisor. “It is our belief that this group of accomplished women and men will have a significant effect on the advancement of our industry. And it is our great pleasure to recognize them and provide a forum for them to meet and engage with one another”. Visit www.maadvisor.com …